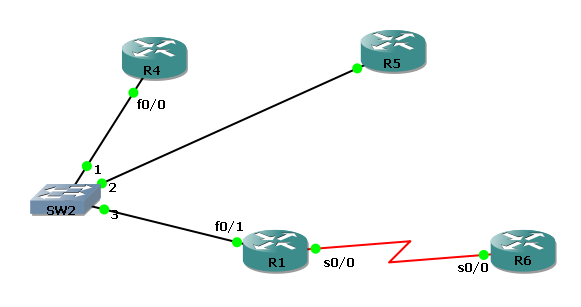 Dijkstra’s algorithm requires a virtual router (a pseudonode), represented by the Designated Intermediate System (DIS), in order to build a directed graph for broadcast media. Criteria for DIS selection are, first, highest priority (the priority value is configurable) and, second, highest SNPA (on LANs the SNPA is the MAC address). 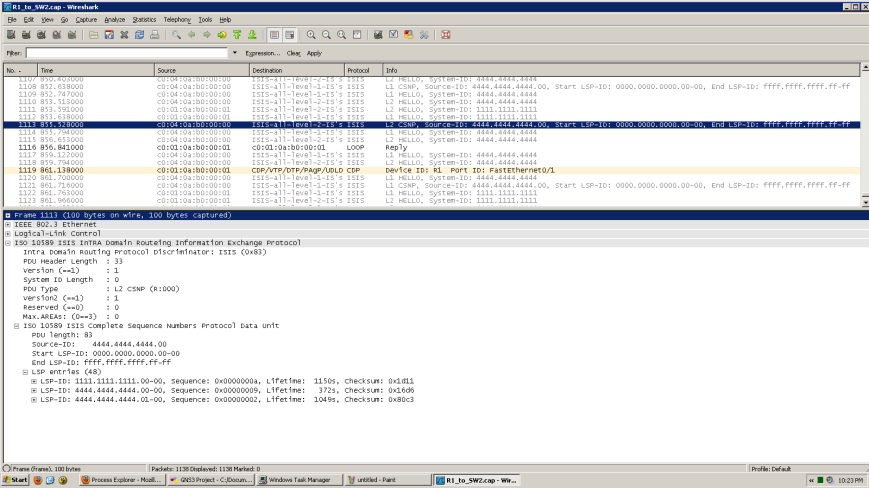 A selected router is not guaranteed to remain the DIS. Any adjacent IS with a higher priority automatically takes over the DIS role. This behavior is called preemptive, There is no backup DIS. Contrast this with OSPF, where the DR and backup designated router (BDR) are selected, and the other routers on the LAN establish full adjacencies with the DR and BDR. In case of DR failure, the BDR is promoted to DR and a new BDR is elected.

Unlike OSPF, IS-IS does not use a backup DIS, and routers on a LAN establish adjacencies both with the DIS and with all other routers,Rather than having each router connected to the LAN advertise an adjacency with every other router on the LAN, each router (including the DIS) just advertises a single adjacency to the pseudonode. Otherwise, each IS on a broadcast network with n connected I Ss would require (n) (n – 1) / 2 adjacency advertisements.

In IS-IS a broadcast link itself is modeled as a pseudonode (represented by the DIS.) that connects all attached routers to a star-shaped topology, The DIS generates the pseudonode LSPs ( equivalent of a network link-state advertisement (LSA) in OSPF). 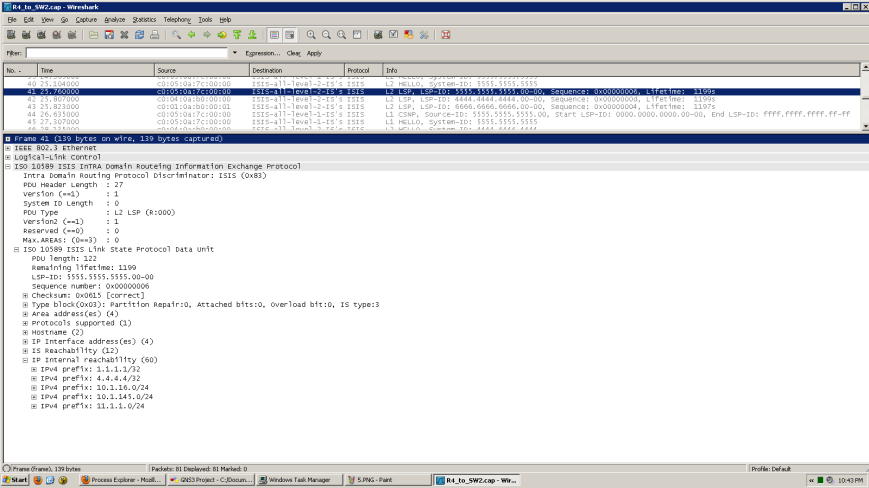 (traffic going out the interface s0/0 on R1) 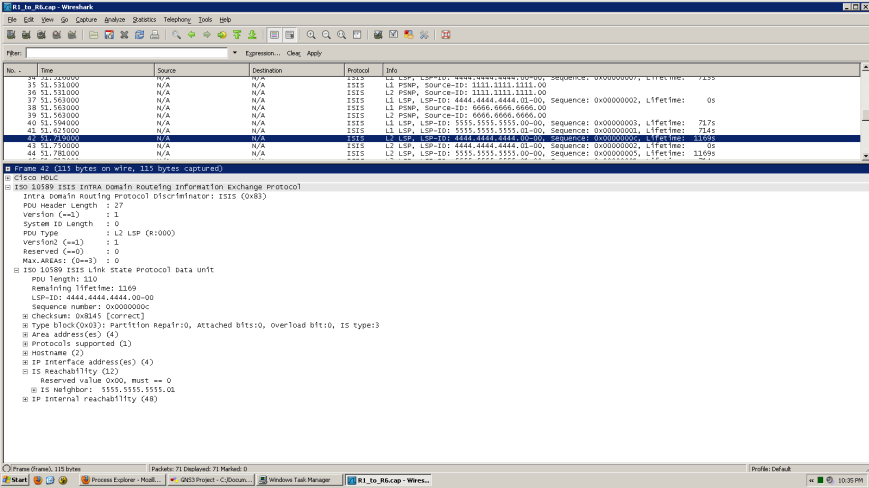 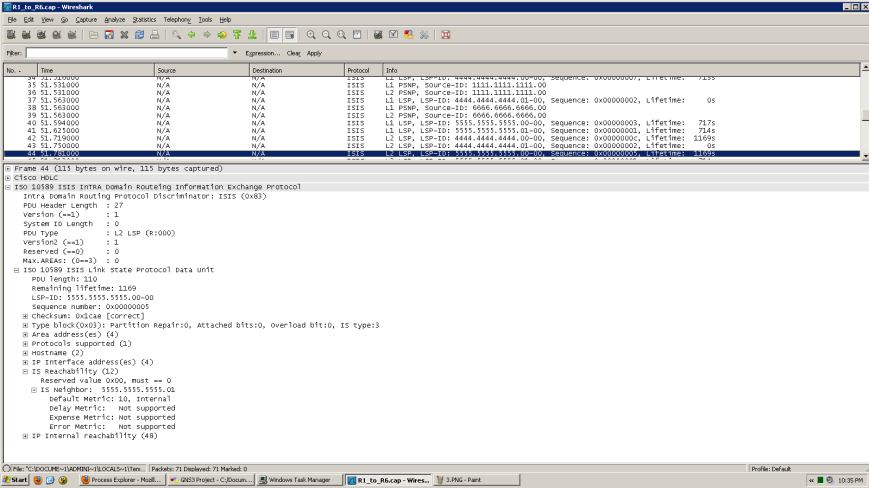 Each IS originates its own LSP (one for Level 1 and one for Level 2). These LSPs are identified by the system ID of the originator and an LSP fragment number starting at 0. If an LSP exceeds the maximum transmission unit (MTU), it is fragmented into several LSPs, numbered 1, 2, 3, and so on.

IS-IS maintains the Level 1 and Level 2 LSPs in separate LSDBs.

When an IS receives an LSP, it examines the checksum and discards any invalid LSPs, flooding them with an expired lifetime age. If the LSP is valid and newer than what is currently in the LSDB, it is retained, acknowledged, and given a lifetime of 1200 seconds.

The age is decremented every second until it reaches zero (0), at which point the LSP is considered to have expired. Once the LSP has expired, it is kept for an additional 60 seconds before it is flooded as an expired LSP.

Sequence number PDUs (SNPs) are used to acknowledge the receipt of LSPs and to maintain LSDB synchronization. There are two types of SNPs: CSNP and PSNP. The use of SNPs differs between point-to-point and broadcast media.

CSNPs and PSNPs share the same format; that is, each carries summarized LSP information. The main difference is that CSNPs contain summaries of all LSPs in the LSDB, while PSNPs contain only a subset of LSP entries.

Adjacent IS-IS routers exchange CSNPs to compare their LSDB. In broadcast subnetworks, only the DIS transmits CSNPs. This CSNPs are periodically multicast (every 10 seconds) by the DIS on a LAN to ensure LSDB accuracy. If there are too many LSPs to include in one CSNP, the LSPs are sent in ranges. The CSNP header indicates the starting and ending LSP ID in the range. If all LSPs fit in the CSNP, the range is set to default values.

All adjacent neighbors compare the LSP summaries received in the CSNP with the contents of their local link-state databases to determine if their LSDBs are synchronized (in other words, they have the same copies of LSPs as other routers for the appropriate levels and area of routing)

Adjacent IS-IS routers use PSNPs to acknowledge the receipt of LSPs and to request transmission of missing or newer LSPs. On point-to-point networks, CSNPs are sent when the link comes up to synchronize the LSDBs.